Gastroesophageal Reflux Disease (GERD) is a chronic and often progressive disease which affects more than 60 million Americans, that is roughly 1 out of 5 Americans.   If GERD is not properly treated, it can increase the risk of esophageal cancer.

Heartburn is just one of the symptoms associated with GERD.  While billions of Americans experience occasional heartburn at some point in their lives, chronic heartburn, which occurs more than twice a week, could be an indicator of GERD, also known as acid reflux disease.

The Heartburn Center of California is the first of its kind in its region established to combat GERD.

The National Cancer Institute defines GERD as “the backward flow of stomach acid contents into the esophagus (the tube that connects the mouth to the stomach).”

Dr. Wilson Tsai, in partnership with Bay Area Surgical Specialists (BASS), announced the opening of this center earlier this week.

For many, acid reflux is managed through the use of medications which suppress acid in the stomach.  While this is effective in treating the symptom of heartburn, damage could still occur to the esophagus.

“PPIs only mask the symptoms of GERD and do not stop acid reflux, which can lead to Barrett’s esophagus and [esophageal cancer] adenocarcinoma,” Bruce Kaechele, founder of RefluxMD.com stated in their article titled ‘Esophageal cancer and PPI use – Is there a connection?‘

Dr. Wilson Tsai, Program Director at the Heartburn Center of California, stated “medications that reduce the amount of acid in the stomach can be effective in alleviating the burning sensation in the chest caused by GERD” and continued that “for chronic sufferers, this might be masking an underlying structural issue, such as a weak lower esophageal sphincter (LES) or hiatal hernia.”

“If these structural issues are treated solely with medications, stomach contents, including bile, can continue to flow back into the esophagus, potentially leading to Barrett’s esophagus, which can lead to esophageal cancer,” Dr. Tsai stated.

The Heartburn Center of California will use a “progressive and holistic approach” to work with patients to diagnose the cause of their heartburn, reflux and other symptoms to effectively prescribe a “customized treatment plan.”

Treatment plans are dependent on each patient’s individual diagnosis and could include lifestyle changes, medications or minimally invasive procedures.

The LINX® system, a type of minimally invasive procedure, involves laparoscopic placement of a small, magnetic band around the LES, allowing food and liquid to pass into the stomach but prevents stomach content from flowing back up into the esophagus.

The Heartburn Center of California believes that their holistic and methodical approach to diagnosis and treatment will “contribute to a high success rate in identifying and addressing the root cause of the heartburn, as opposed to just treating the symptoms of this increasingly common ailment.” 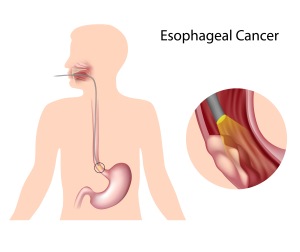 President of The Salgi Esophageal Cancer Research Foundation, stated “the problem with GERD as it relates to esophageal cancer is that not enough people understand the dangers of chronic heartburn.  They believe that simply taking an antacid or other medication is solving the problem.   Some take these medications for years; many are advised by their doctors to do so.”

President continued, “research has shown that damage to the esophagus can continue to occur with the use of PPIs and other medications. Without any standard or routine screening, for many, a diagnosis comes too late, since esophageal cancer typically does not show any symptoms until the cancer has reached an advanced stage.  Many who are diagnosed with esophageal cancer pass away within one year of their diagnosis.”

“It is our hope that more centers, such as the Heartburn Center of California, open across the United States that are interested in treating the actual disease, rather than just the symptoms” President concluded.

The Salgi Esophageal Cancer Research Foundation is a 501 (c) (3) non profit organization as recognized by the Internal Revenue Service.

Content found on Salgi.org is for informational purposes only. The Content is not intended to be a substitute for professional medical advice, diagnosis, or treatment. Seek the advice of your physician or other qualified health provider with any questions you may have regarding a medical condition.

This entry was posted on Thursday, October 16th, 2014 at 2:27 pm and is filed under The Salgi Foundation - Esophageal Cancer Awareness, Early Detection & Research. You can follow any responses to this entry through the RSS 2.0 feed. Responses are currently closed, but you can trackback from your own site.