Each year, April 30th marks the last day of Esophageal Cancer Awareness month.  In 2017, April 30th was also the date that Raymond John Glazer passed away from esophageal cancer.

Now his daughter Michelle is hosting a fundraiser in his memory. Michelle will be selling periwinkle tack pins on her website to benefit The Salgi Esophageal Cancer Research Foundation.

The Esophageal Cancer Awareness Periwinkle Pins are $5, shipping included and are available on her website, please click here.

Please read below to learn more about her father’s story and how you can purchase an Esophageal Cancer Awareness Periwinkle Pin(s) to make a difference.

“Esophageal cancer research is severely underfunded; there are currently no early screenings or any effective treatments for this very deadly disease!

My father developed a problem swallowing, which he never mentioned. He had been caring for our mother for 3 years post stroke at 80 years old. He cleaned her, changed her, fed her and checked her blood sugar, absolutely refusing to put his wife in a nursing home. We also noticed he was getting extremely thin, always had heartburn and was not eating much.

Then September 23rd, 2016, my sister took him to the hospital because he couldn’t even swallow water. He had an endoscopy with biopsy the next day. The doctor had the Oncologist meet with us the following day, telling us he had a golf ball sized tumor right above the stomach in his esophagus. The biopsy came back poorly differentiated high grade adenocarcinoma.

He agreed to the 4 months of radiation daily and chemo weekly, as what was recommended. I sat with him for hours every day at the hospital. He also made me his power of attorney if he could no longer make decisions for himself. The GI doctor placed a mesh stent in the esophagus to hold the tumor back which allowed him to eat and gain some strength before treatment started.

He became so sick from treatments and wasn’t eating, electrolytes were off and he was extremely confused. After discussing it with him, I signed to have a gastric tube placed in November. He could barely walk at this time, so we also got him a wheelchair. The doctor that placed the tube told me after surgery that the tumor was growing through the mesh. Last mega radiation was early December and he would have a CT with contrast in May.

On April 25th, I took him to the ER. He woke all sweaty, couldn’t breathe or talk well and could no longer stand on his own. I asked the admitting doctor if he could order the CT now, which he did. He called me to come in on April 27th, because Dad wasn’t doing well. He waited for me even after his shift was done to tell me that the CT showed the tumor had invaded straight across the abdomen, into the spinal cord, lungs, brain, prostate and hip. The absolute worst thing I had to do was inform the rest of my family and sign a Do Not Resuscitate, Do Not Intubate. Dad had told the doctor this was what he wanted. 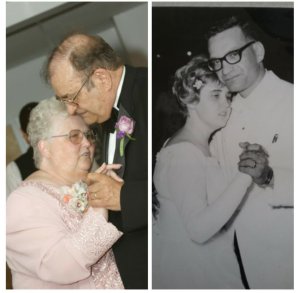 On April 30th, he passed in his sleep at 4:40am, ironic that it was the last day of Esophageal Cancer Awareness month. I am raising funds for Salgi, as I did last year, in hopes of finding a way to test early and hopefully a treatment that works for those that become afflicted. All proceeds are being donated in memory of Raymond John Glazer.”

In memory of Raymond John Glazer

Please join us in thanking Michelle by sharing this fundraiser and post with your family members, friends and on social media.  Thank you, Michelle!

This entry was posted on Tuesday, February 25th, 2020 at 1:09 pm and is filed under The Salgi Foundation - Esophageal Cancer Awareness, Early Detection & Research. You can follow any responses to this entry through the RSS 2.0 feed. Responses are currently closed, but you can trackback from your own site.